Just a Geography teacher sharing his thoughts and ideas with the World.

Geography for a pound…

Thank you if you attended the workshop yesterday. A particular thanks to Alan Parkinson (who basically organised me and the workshop- it should have been his name under the title.) and John Sayers who were my co-presenters, thereby making sure I didn’t have too much time to humiliate myself.

The aim of the workshop was to consider informal collaboration of practitioners, as a way of developing approaches that aid student learning and engagement.

Alan will be collating all the resources on his blog at a later date. During the workshop I briefly discussed some areas of collaboration from my own practice.

Two (hundred) heads are better than one: the power of collaboration. from TonyCassidy
I then referred to an article (again via Alan!) by Isbella Wallace about her use of poundstore pedaogogy. Adapting this idea for geography, I asked colleagues to devise some approaches using five items from the Tesco’s Handy range. The results can be viewed in this Google presentation.
Not bad for five minutes thinking. If you would like to add to the presentation please let me know. I also apologise if I have missed your idea or attributed it to someone else.

Don’t be put off by the title. Pink’s message is that selling is no longer the preserve of the salesperson; everyone is now in sales, including educators. Each day we sell our message to students.

One of my favourite chapters is about pitching. There are a number of ideas that could be used with students, particularly when summarising knowledge.

One that I’m going to have a play with, and is mentioned in the video, is the Pixar Pitch. The idea is based on the format of stories told within a Pixar movie. This week I’m going to try adapting it as a plenary activity.

In January 2016, France transformed its regions. The original 27 French regions were reduced to 13 regions (12 in mainland France plus Corsica). Each of these is subdivided into 2 to 13 departments.

To many French, it was a change for no reason. There is a lot of resentment about the cities that will be the capitals of the region. The Auvergne has merged with Rhône-Alpes and the regional capital is Lyon, so Clermont-Ferrand is worried. It will take a generation of people to get used to the changes.

French and foreign visitors are bewildered by the new names that were finally adopted in June 2016. Who will guess that Occitanie is the former region of Languedoc-Roussillon and Midi-Pyrénées? 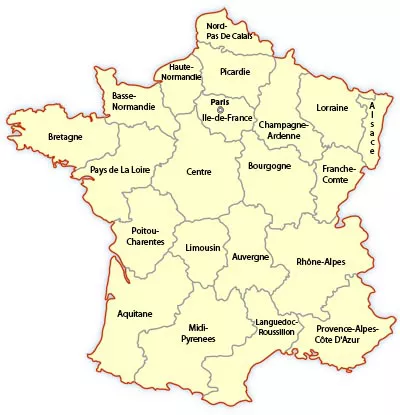 The New Regions of France

The Old Regions of France